When I make a painting for you I am aware that it will become a part of your life for many years to come, so I want to create something that has an ongoing positive influence in your life.

In dialogue with you and through my own intuition I intend to make a work that will inspire you, give you hope and help you daily to regenerate.

The the first thing I do before putting paint to canvas is to turn down the noise of my own thoughts and focus on you, asking how I can best create a painting that will be beneficial and uplifting. 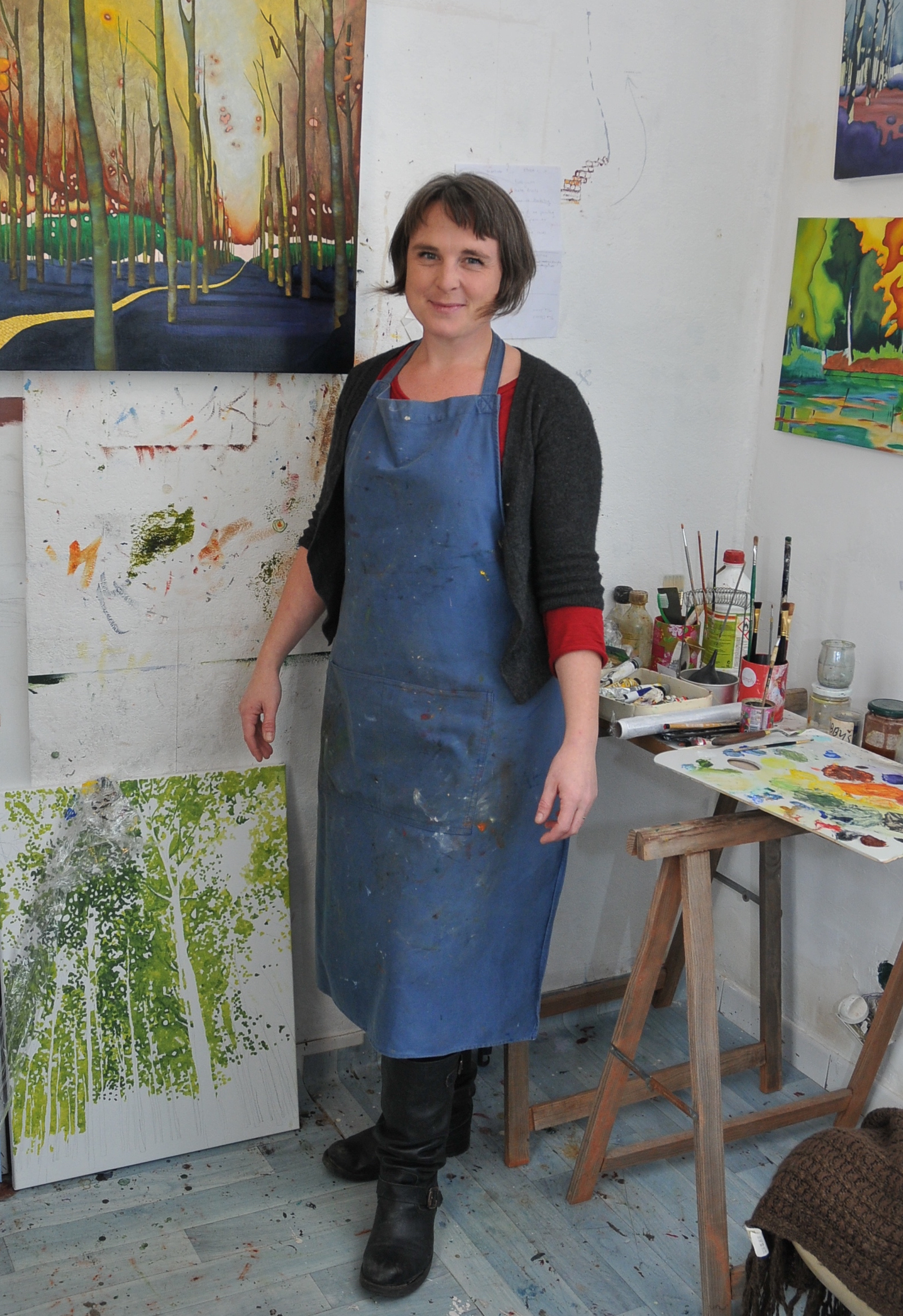 Everyone who comes into my house also falls in love with her (Libby’s) art and I have a queue of people already offering to buy it from me. I will never sell it. Its vibrant colours, the perspective, the depth, the passion Libby puts into it, the story behind it all create an amazing work of art.

Where do we begin?

By clicking on the link below you can contact me and we can set up our first conversation by Skype or via email if you prefer.

So here is what you can expect when you get in touch.

Do get in touch, even if you are still undecided. It would be great to talk through your ideas. I look forward to working with you to create an enduring source of peace and beauty in your home.

When I met Libby Page, I was truly at a low point, facing some serious challenges in my life. Some days I felt lost, facing the unknown, uncertain about everything in my life.

It was at this time that Libby began making a painting for me. When she showed it to me, I was completely shocked and overcome with gratitude. There before me was an inspiring image – a path through the trees and a brilliant light at the horizon. The painting spoke deeply into my situation and gave me hope that there was a way through.

Even now, years later- the painting that Libby created brings me back time and time again. It shows me both where I was and where I am going. It got me thinking about the power of Libby’s work and my own understanding of what it means “to heal” in my work as an acupuncturist. I wanted to express to others the power of her work as “healing through art.”

My partner and I commissioned an original painting of the Canal du Midi from Libby in 2016, after we became aware of her work in an article on the “Languedoc Living” website and we have gone on to purchase three limited-edition prints, two of them inspired by her move to Berlin.
However it is still that first purchase which has come to mean a great deal to me personally. A few months before we met Libby to pick up our painting, we had to have one of our dogs euthanised. After years of living with diabetes (at one stage losing his sight to cataracts until he underwent an operation to have his sight restored), his suffering in the last few hours of his life was heartbreaking to see. In a weird way when I look at Libby’s painting it makes me think about him – whenever I look at the painting it gives me a feeling of “joy”, including the sheer joy for living which our dog had, despite his problems. He was a real little fighter. The painting then makes me reflect on my own passage through life. The few falling brown leaves in the top right of the painting are to me a reminder that problems and death are part of life but it is the absolute joy of living which is just so predominant – whether it is the brightness of the colours used or the perspective (almost like a journey forward) which makes me feel this I know not, I only know it is how it makes me feel.
So, thank you Libby, for providing us with a constant reminder of the joy of living.
Brian & James, Languedoc

The painting arrived entirely in good order and is now proudly hanging on our wall.

Absolutely fantastic and thank you so much.

Read more from past clients >>